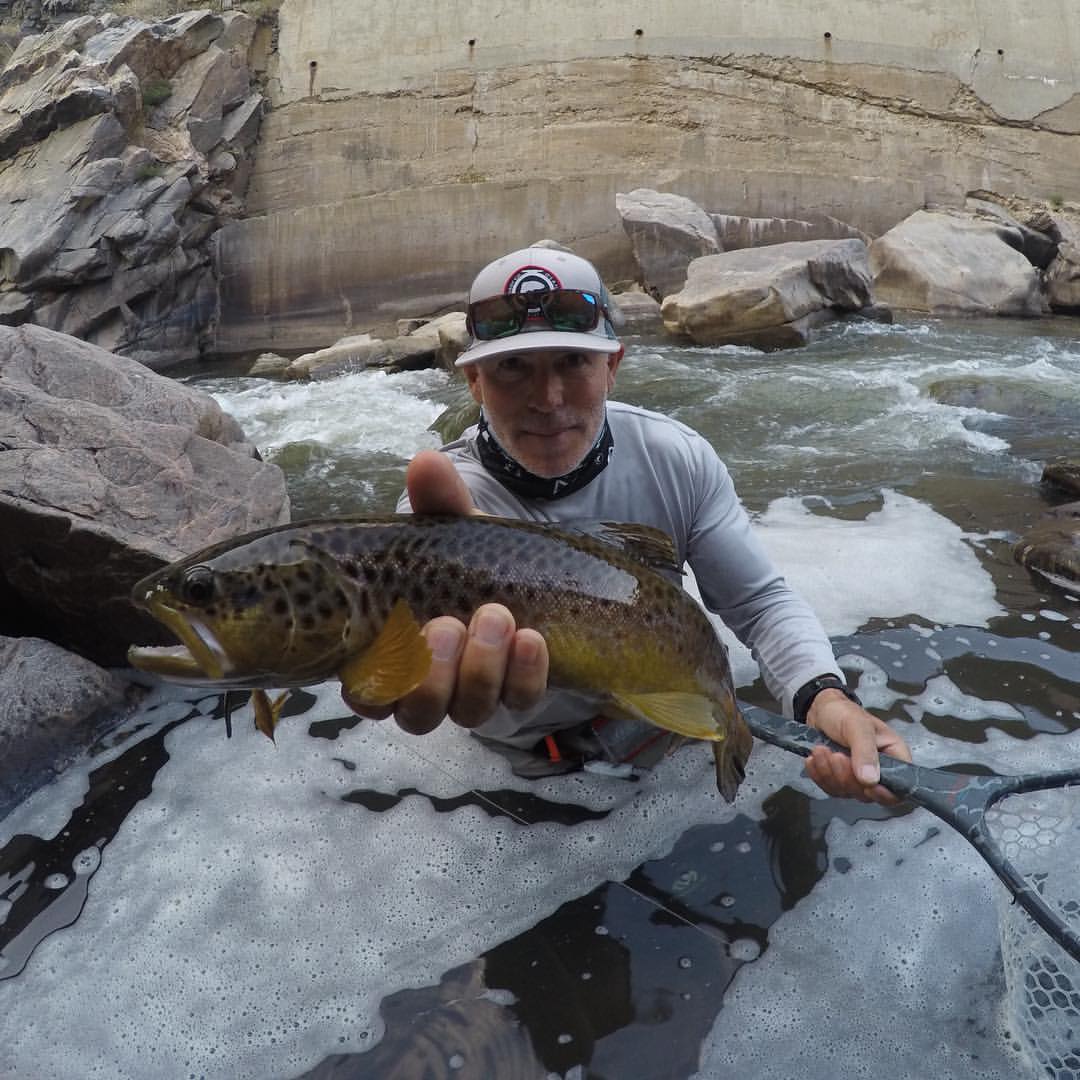 The highlight of my summer break being a school teacher, other than not working and fishing whenever I want, is the Heber Valley Fly Fishing Festival. This year I was lucky enough to have a two week opportunity to bum with the awesome crew from FishOn Energy leading up to the show. We fished familiar waters as well as traveled around and explored some new stuff. There is never a dull moment and always lots of laughs when hanging out and fishing with these guys.
Jason and his son Cory were in town first and I was honored when I got a call and invite to teach Cory to throw streamers. I created a streamer monster with Jason and he throws them harder than I do and I was planning on making the same out of Cory. We met at 6 A.M. for a Weber session and started moving fish as the sun came up. We walked for four hours and moved 20+ fish before heading back to the truck for desperately needed water and to move to a new section. I took them both to where I taught Jason to throw streamers and we continued the same pattern of moving fish but not buttoning up! We easily moved 50 fish with not one fish to smile for a picture. It is always easier to chat with passing tubers when you have been catching fish! I sat on top of a Rattlesnake waiting for Jason to catch up which made for some cool footage but we left with our tails between our legs.
Mike got into town from Vegas two days later and Jason called for a redemption round and I was eager to settle the score. I met them again and had instant, streamer Deja’ vu. Mike and Cory nymphed and were catching fish while Jason and I stood true to the streamers. We moved fish the whole way up again and Jason finally hooked up on a healthy brown after making a quick color change. The picture on his face shows the satisfaction of working our asses off for two days with no fish to net.
I was invited to join them on one of Brad’s favorite rivers which was a new one for me. We quickly got into fish and I was honored just to tag along and explore such an awesome new piece of water. Trips are always filled with lots of laughs and I still chuckle thinking back to Mike sneaking up behind Jason with a large water snake and tangling it up in his net while fishing and not even hearing a thing. I broke off on some large fish but was happy to stick a couple streamer browns with Jason to remind me why I love throwing them.
We had another full day exploring some new water for everyone for some Cutthroat hopper action. We were fishing a small stream with five guys so broke into groups and went run for fun. I like the slow paced, chat and get to know your buddies better action of small streams. Brad and I talked briefly but seriously about shed hunting as he wanted a shed for his tying station at home. I have tons of friends that hunt and reassured him I could get him one. After taking turns, and doubling up on healthy Cutthroat I stepped on a Moose shed that Brad saw and picked up. Positive energy and wishful thinking at its finest, although he had to pack it around the rest of the day! I always like mixing up fishing techniques and throwing dries even though everyone can tell I am a streamer guy, I have a lot of work to do.
801 Fly Fishing had a great showing at the Heber Valley Fly Fishing Festival and we had tons of traffic, visitors, and people just wanting to chat about streamer fishing. Our free streamer clinics were full and highlighted when a streamer class attendee stuck a brown right after the clinic using techniques that we talked about. Seeing such a happy stranger rush to the booth to show pictures made the whole day that much better.
My good friend and streamer tier Cole and I were able to break down the booths and fish the Provo River with the FishOn crew and landed fish both days on some “hot off of the vice” streamers.
I was lucky enough to meet the FishOn Energy crew last year at my first, real event, the Heber Valley Fly Fishing Festival and have been able to develop an awesome relationship with Jason, Mike, and Brad. I love getting together and fishing with these guys. They really helped me feel relevant right from the start and I will always be thankful and owe them for that! I see us fishing together for MANY years to come and I enjoy partnering and getting to hang out with some of the best guys in the business. 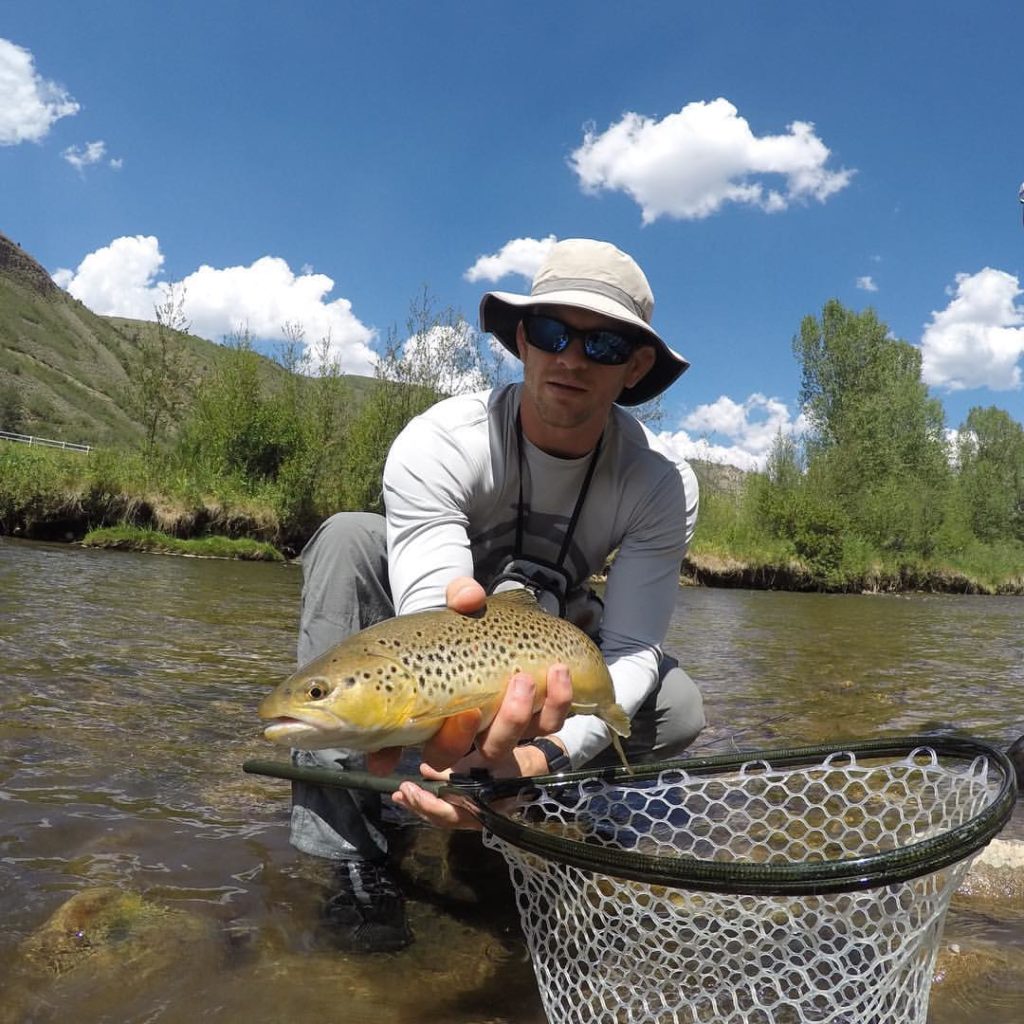 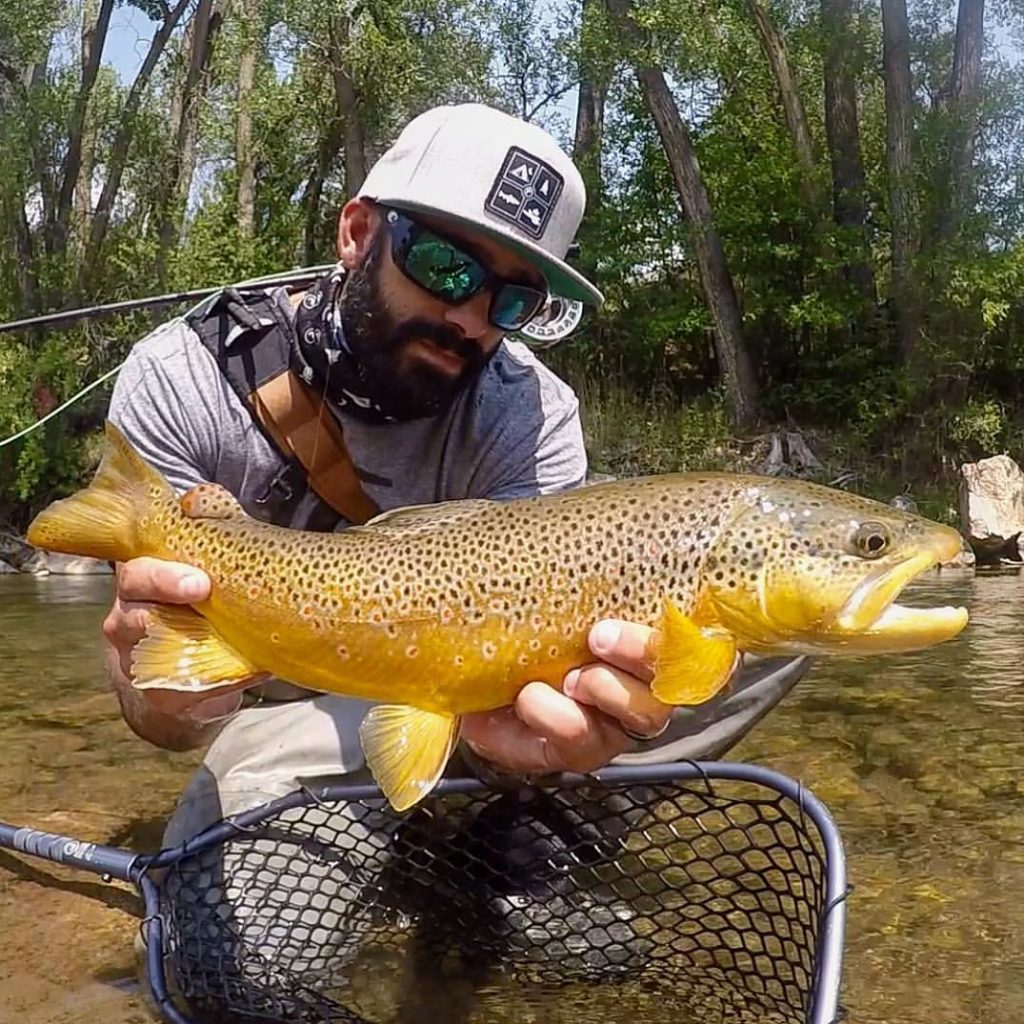 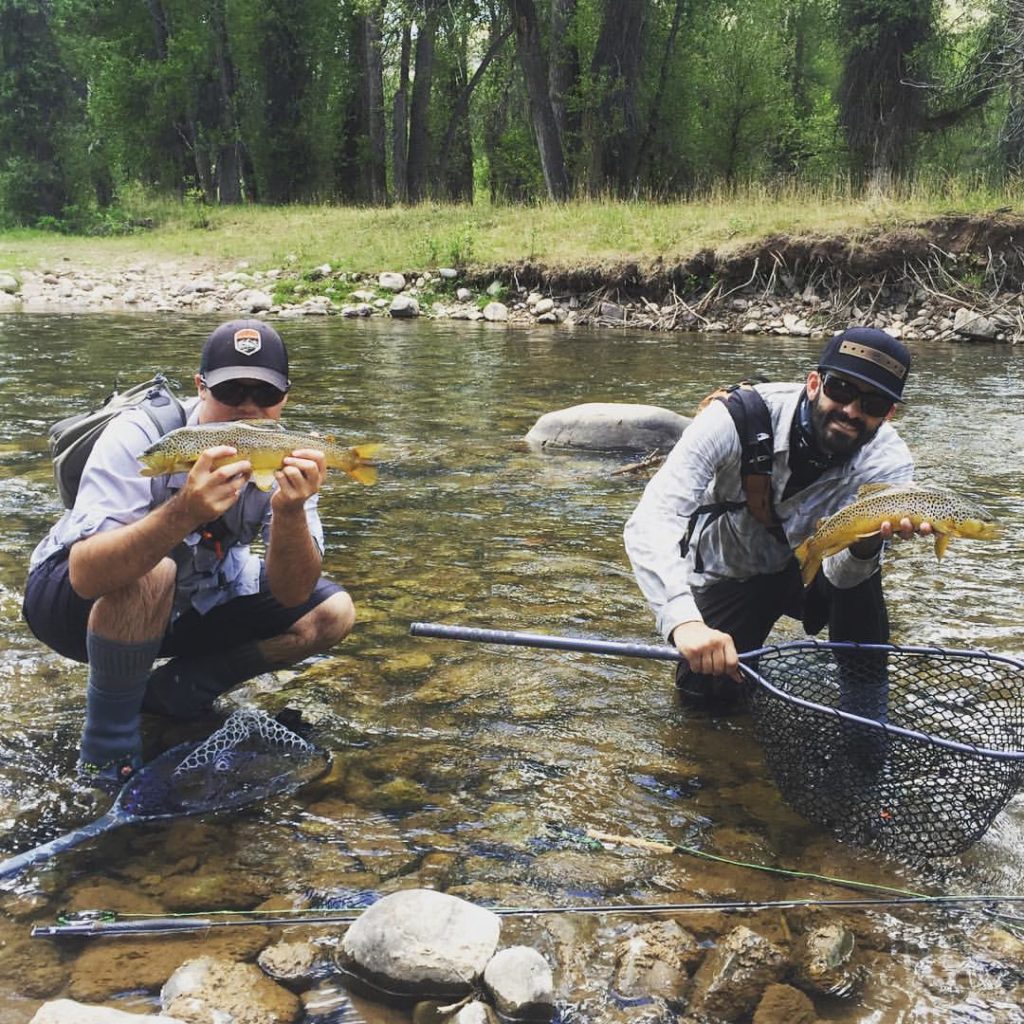 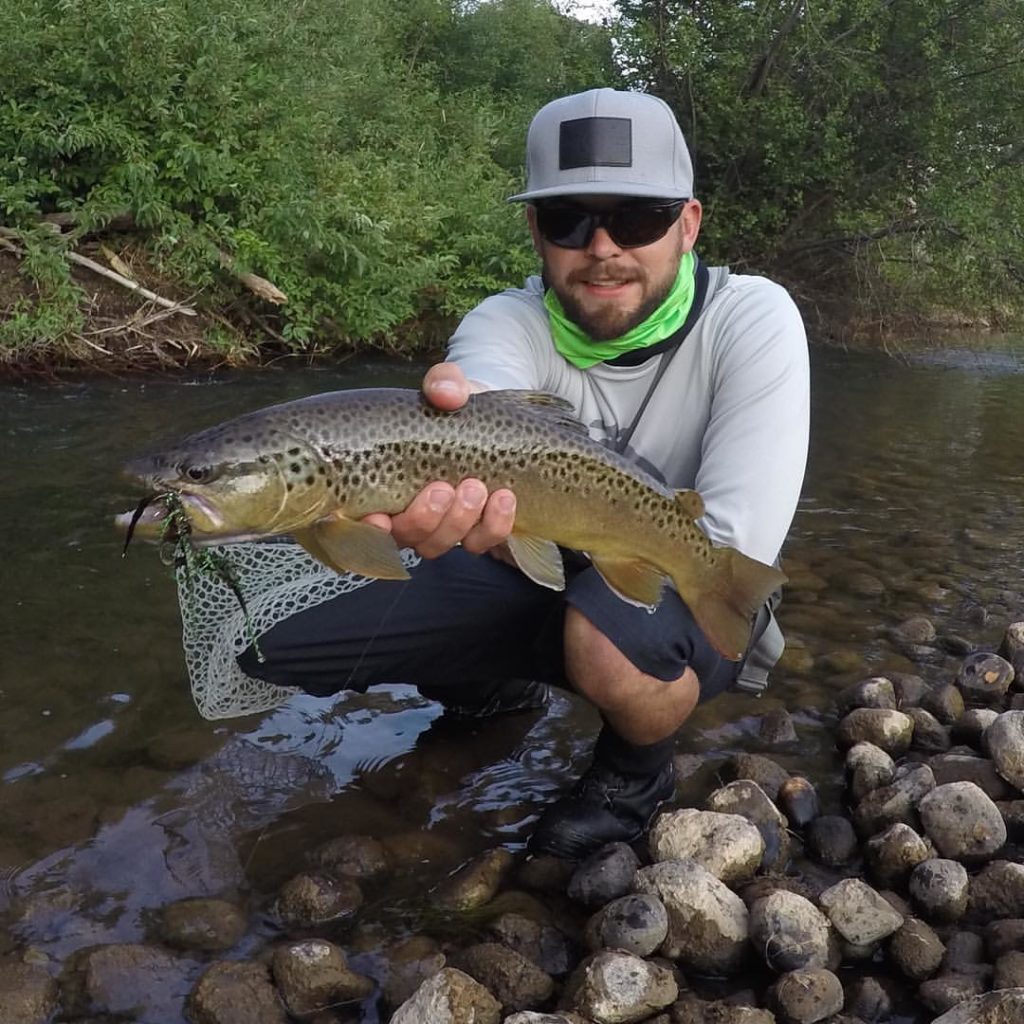 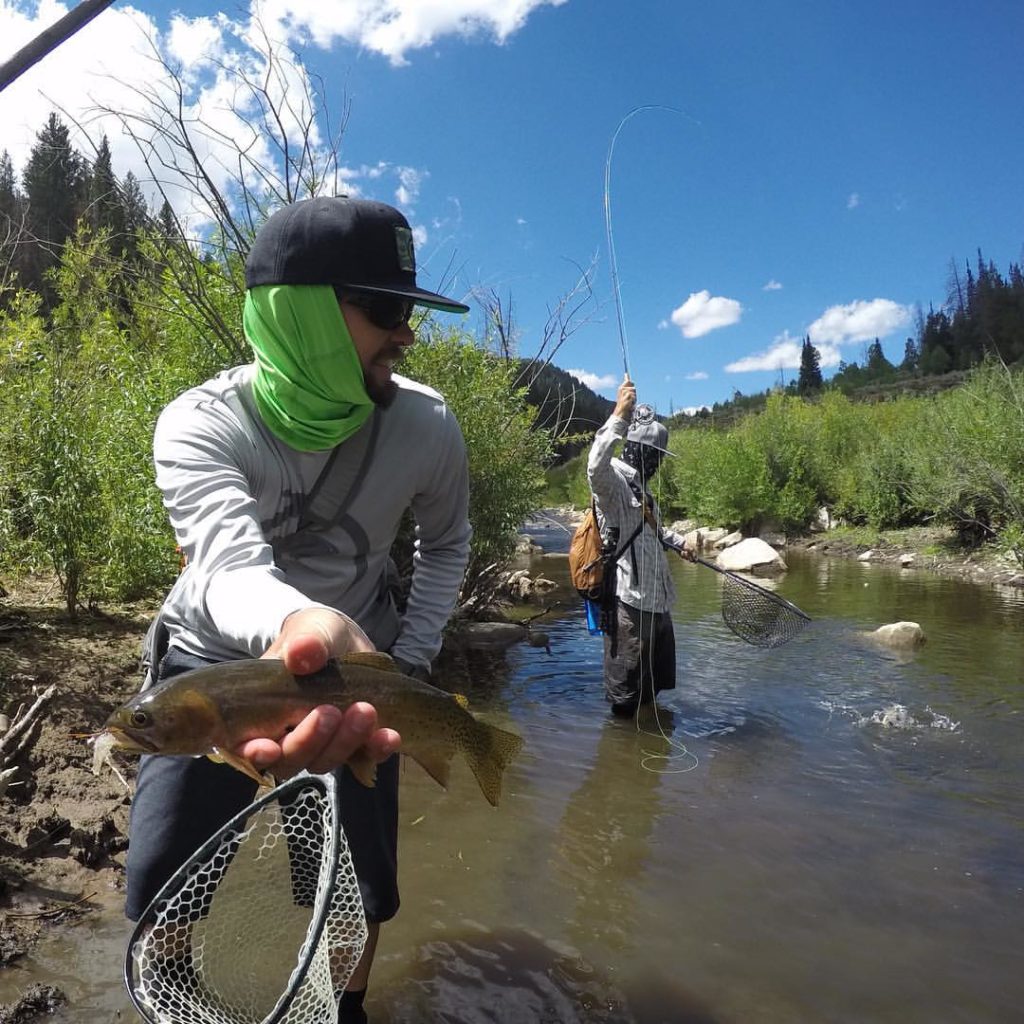 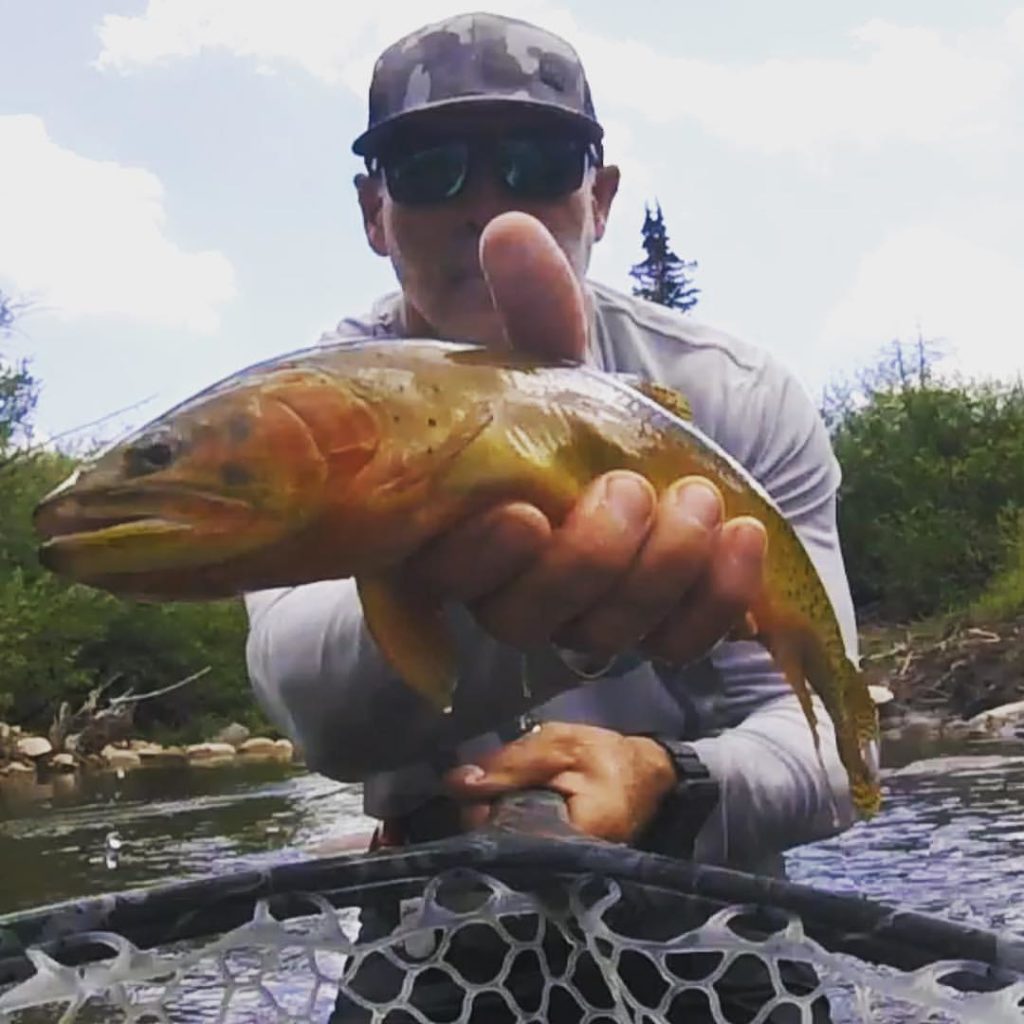 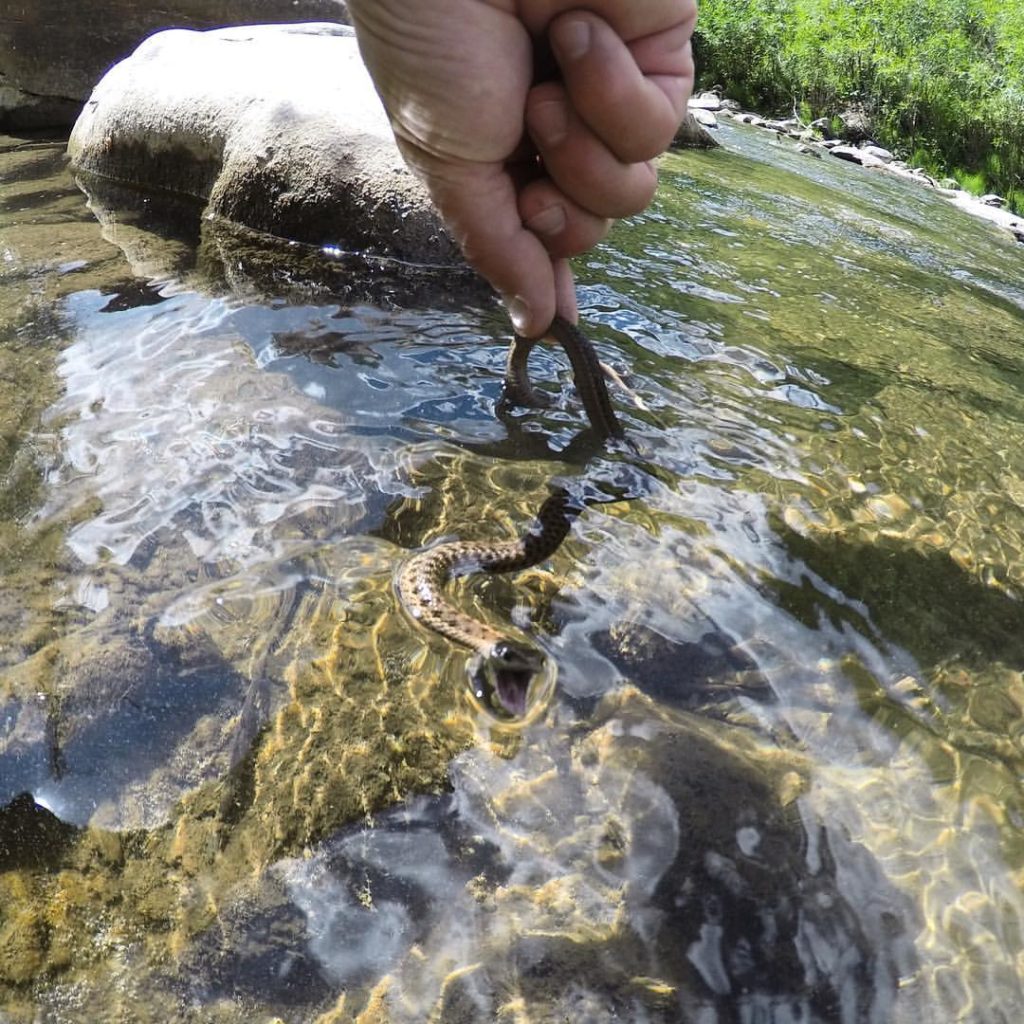 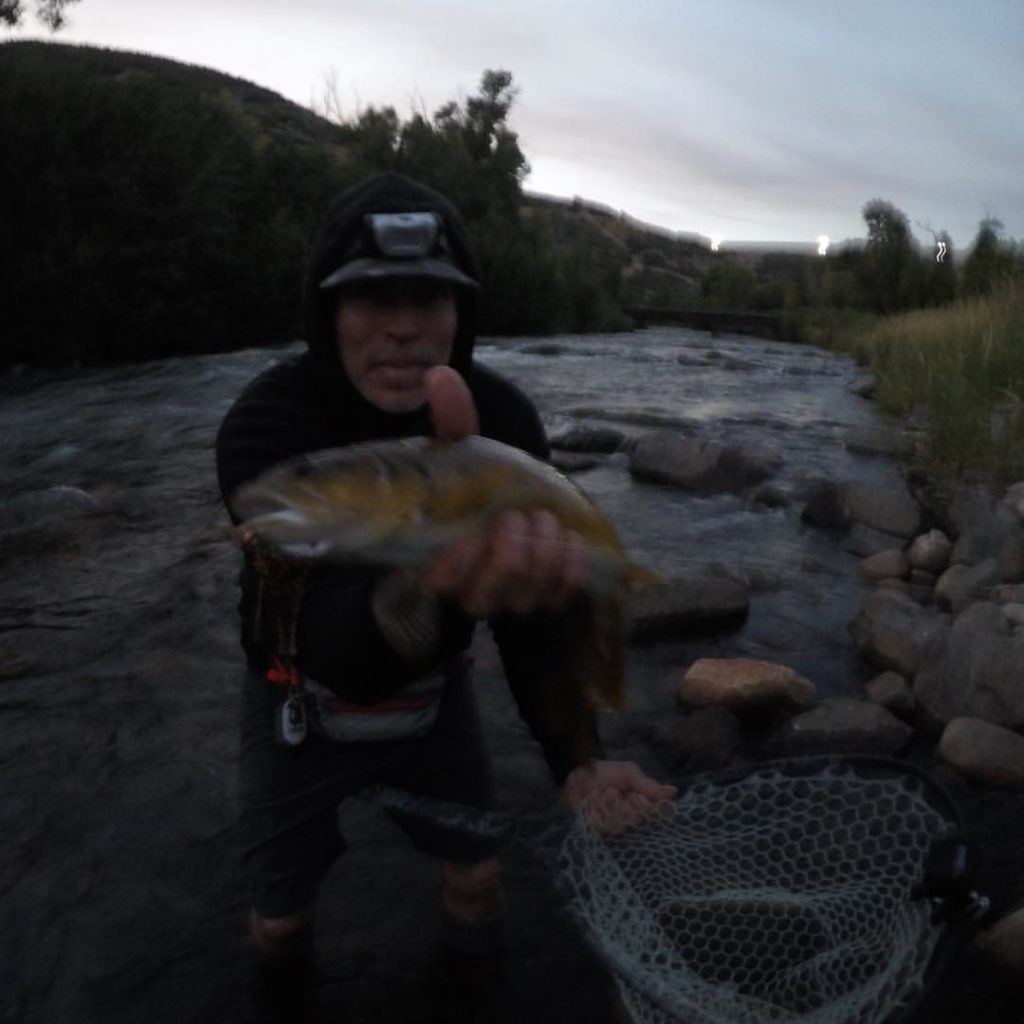 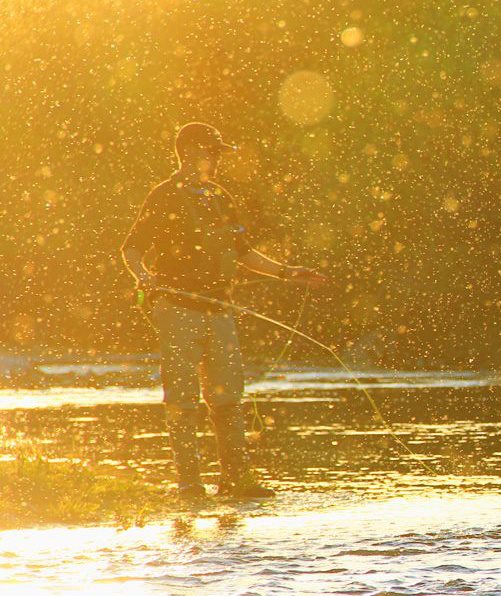