Make your own theory!

In the fly fishing world we are told what bugs to throw, when to throw them and why to throw them when we are “supposed” to throw them. I am spending more time on the Weber than I ever have experimenting with my own theories and having great success.

In the streamer world you probably have heard of the spectrum.  Start dark in overcast, switch to white, cover the greens, tans, and greys, and last cover the bright stuff and keep switching every few minutes.   Lately, I have been leaving my streamer briefcase at home and throwing two and only two streamers. I have been catching fish daily on the same two patterns in all that Northern Utah’s crazy December weather has thrown back at me.  I have been catching fish, big fish, throwing flashy bright UV streamers in the coldest, darkest, most overcast conditions when the “book” would say throw dark.  I have been catching fish on custom Weber River sculpins in black and olive on the bright, sunny days when the “book” would say you should be throwing bright attractors.  Get out and explore and try what you think will work.  In a technology based society you can find plenty of others theories online but get out and explore and find your own theory!

What do we do when a fish follows our streamer to our feet and doesn’t make an attempt? You will get different answers but one will probably include backing out and switching colors before attempting the same fish.  I have heard this answer multiple times and I would disagree.  Just yesterday in a dark overcast day I had a LARGE brown (we made eye contact) follow my streamer into about 3 inches of water before turning around and heading back in his deep stuff.   I knew this fish saw me or knew something was up when I slowed my streamer down hoping to get a take before shallowing out.  I didn’t slowly back up and tie on a new color hoping that he was still jazzed up.  I threw the same streamer in the same spot with the same results.  Usually after two follows I won’t see a fish again.  I had four follows right to my feet before he finally took the fifth in the three inches of water when I all but stopped my streamer hoping he would take.  Fleeing fish don’t lay down when being chased by a larger fish.  My theory is fish feed on other fish at specific times and for specific reasons and it is hard to predict when and how they will act.

Get out and explore all of our great local waters and try coming up with your own theories.  Theories with the small stuff include midges vs. emergers in different weather conditions, colors, personal patterns, tans vs. greys etc.  Try new colors, new variations because the payoff could be huge!

Share your fun theories or ideas in the comments, we would love to hear them!! 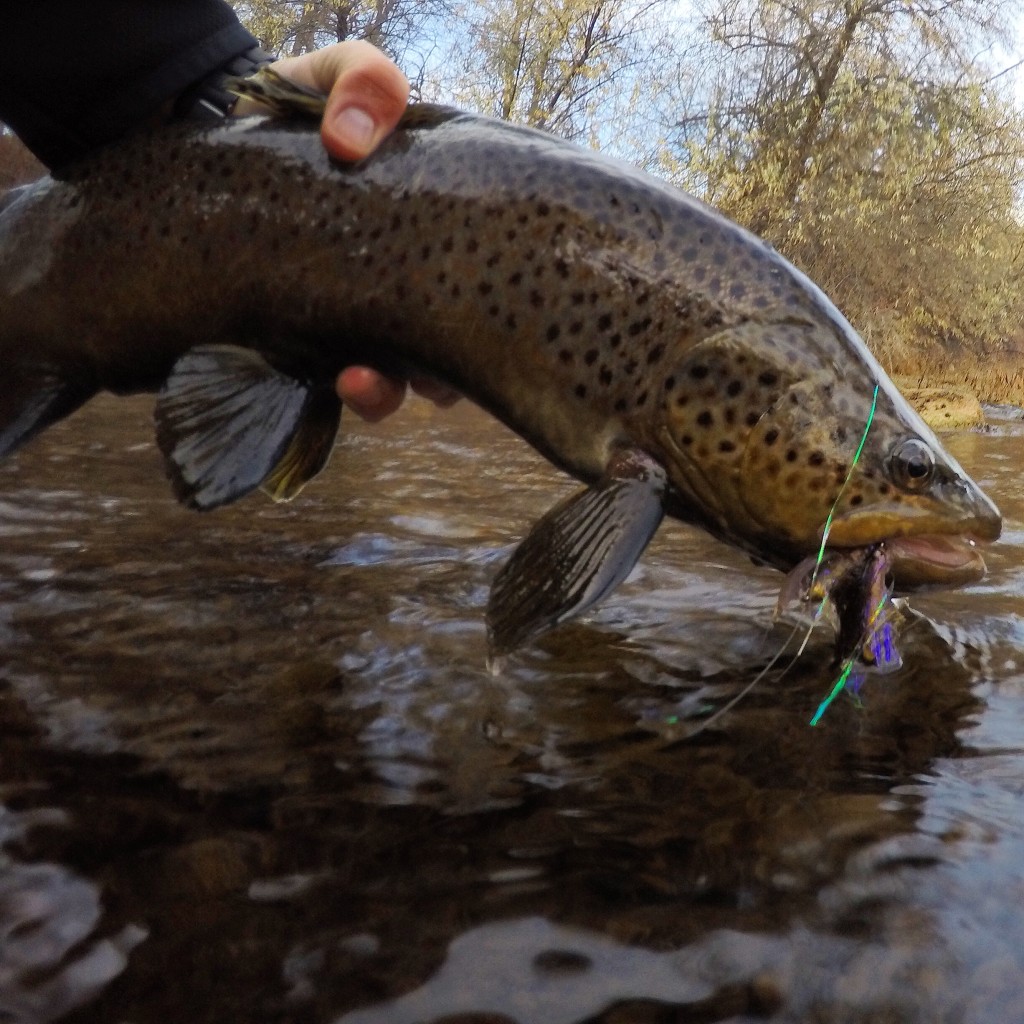 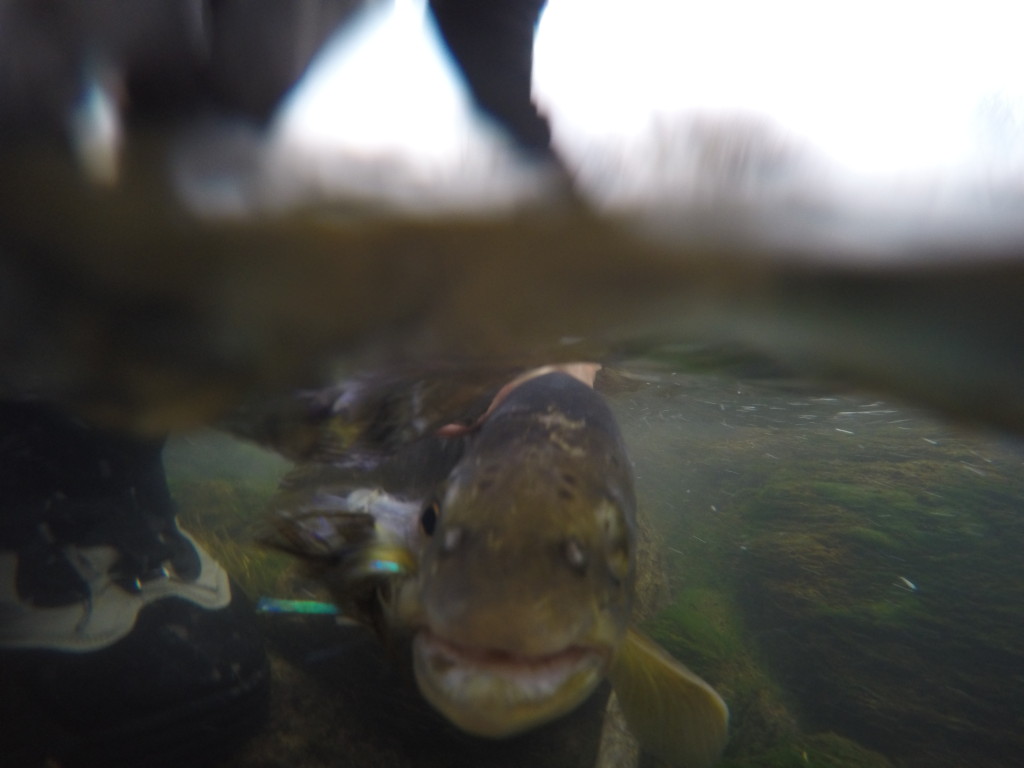 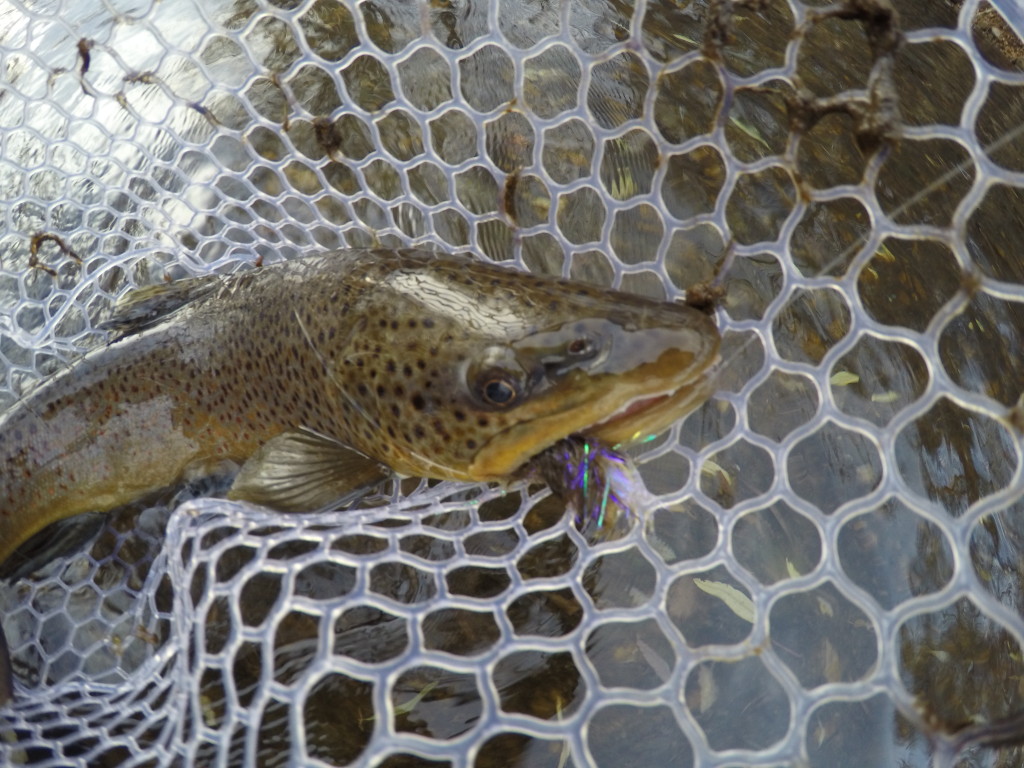 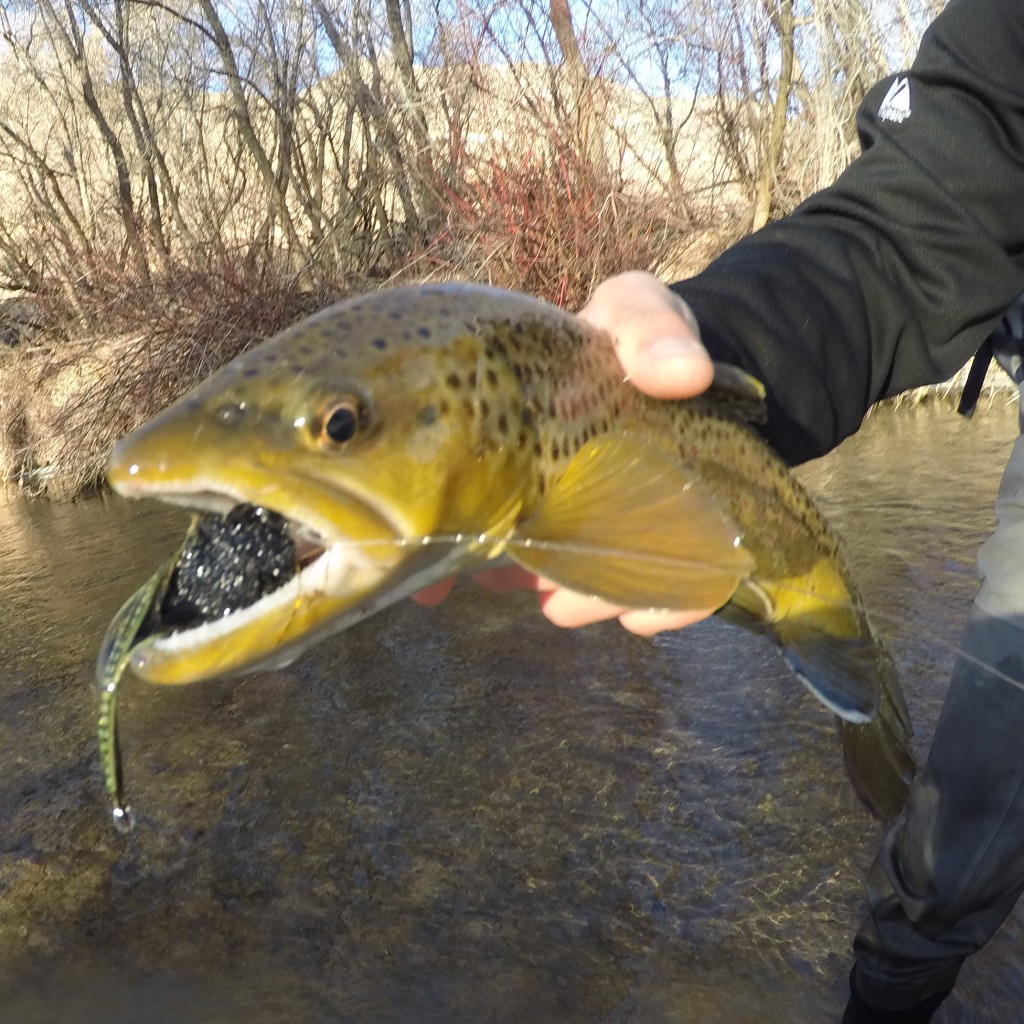