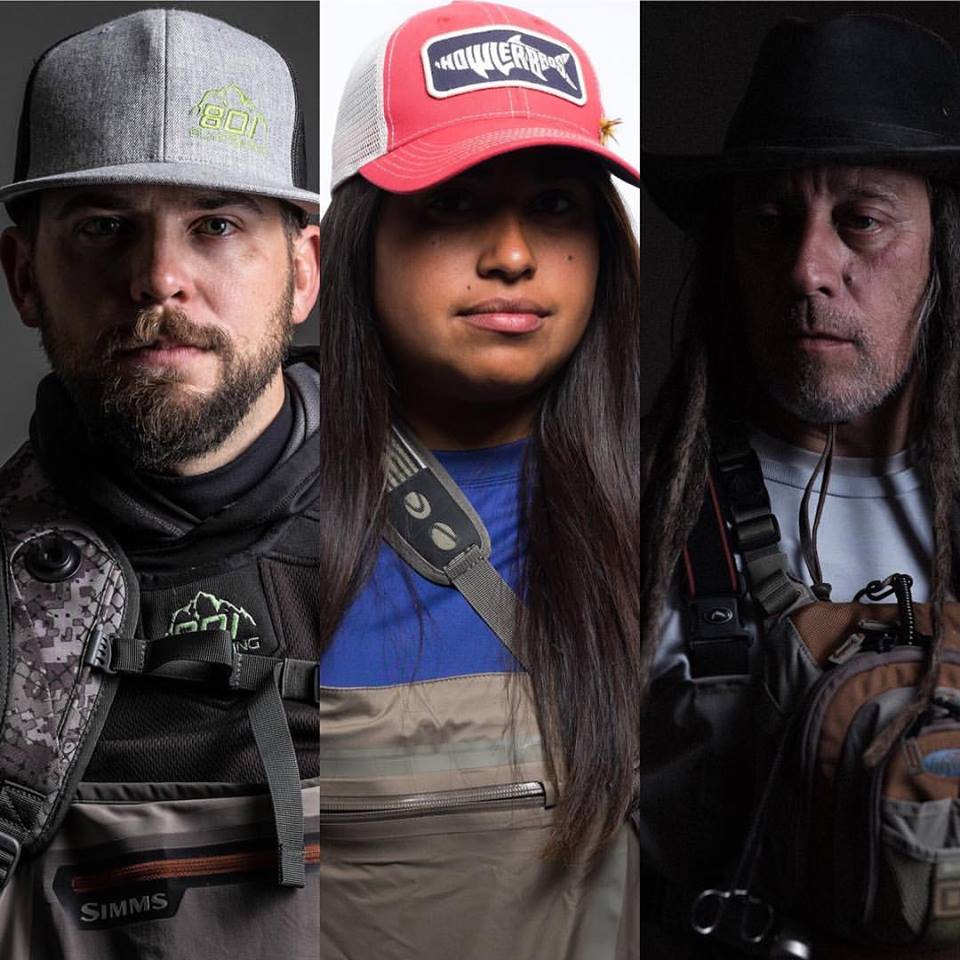 Utah is putting on an awesome program challenging anglers to catch the four native subspecies of Cutthroat in Utah. The Yellowstone Cutthroat, Colorado Cutthroat, Bear River Cutthroat, and Bonneville Cutthroat are found in different streams in different areas of the state and it makes for a fun year of exploring new waters to complete the slam.
I was invited by Chasing Tail along with Allan from Northern Utah Anglers and Rebecca from Wasatch Women’s Fly Fishing Club to be in a video trying to complete the slam in two short days. We had one hell of a weekend with lots of high and lows (more lows) but more than anything we shared a lot of laughs.
Three anglers trying to catch 4 fish in two (2) days doesn’t seem too challenging. We were dealing with spring run-off and elusive spawning Cutthroat. The trip started with problems looking for the Yellowstone Cutthroat. We took a wrong turn and ended up way off the beaten path in an area of Utah I had never been. We almost ran out of gas and weren’t sure we could make it to the proper stream. We fished some streams on the way out with no success. We had to make the decision to leave the furthest area to start putting fish on camera.
We then traveled to the Logan and Blacksmith Fork and started catching fish but none that we needed for the Slam. The Cutthroat were spawning and not where I usually catch them. We kept working our way up checking tributaries with no success. We had been fishing hard for 8+ hours and there were many frustrations, arguments, and disagreements between anglers.
One of my many highlights was on the Blacksmith when Aaron, our awesome cameraman from Florida was following me rolling footage as I was getting into a bunch of Browns. He commented on how fun fly fishing looked. I told him it was the best and made him set his expensive camera equipment down and take my rod and give it a shot. I coached him through a couple of a drifts and he hooked into his first fish on a fly rod in just a couple short minutes. As I netted a small Brown Trout, I looked up at Aaron who was smiling from ear to ear and I looked shocked and told Aaron, “Dude this is a Cutthroat! You caught the first Cutthroat!” His smile quickly turned to concern. I am sure he was thinking, “These idiots have been fishing for Cutties all day and it took me two minutes to catch one.” I kept playing it up and acting confused on what we should do. He discussed me holding it up for the video, and reenacting the fight. I told him I wouldn’t hold someone else’s fish and he had to do it. I let him stress about what to do for another minute or so before I finally lost it and couldn’t keep a straight face any longer and told him it was a Brown and not a Cuttie.
We fished until dark and continued the next day on some smaller streams targeting the Bonneville and Colorado. We fished for two full days and put many miles on the truck without landing a single Cutthroat. We got some awesome footage and learned a lot of life lessons. We finally through the towel in and went a fished one of Allan’s home stretches and got into some big browns. We had over 25 hours of footage and not one Cutthroat but that is part of fishing and life.
I have since almost wrapped up my slam and need to make the dreaded trip back to find the Yellowstone, this time with a full tank of gas! 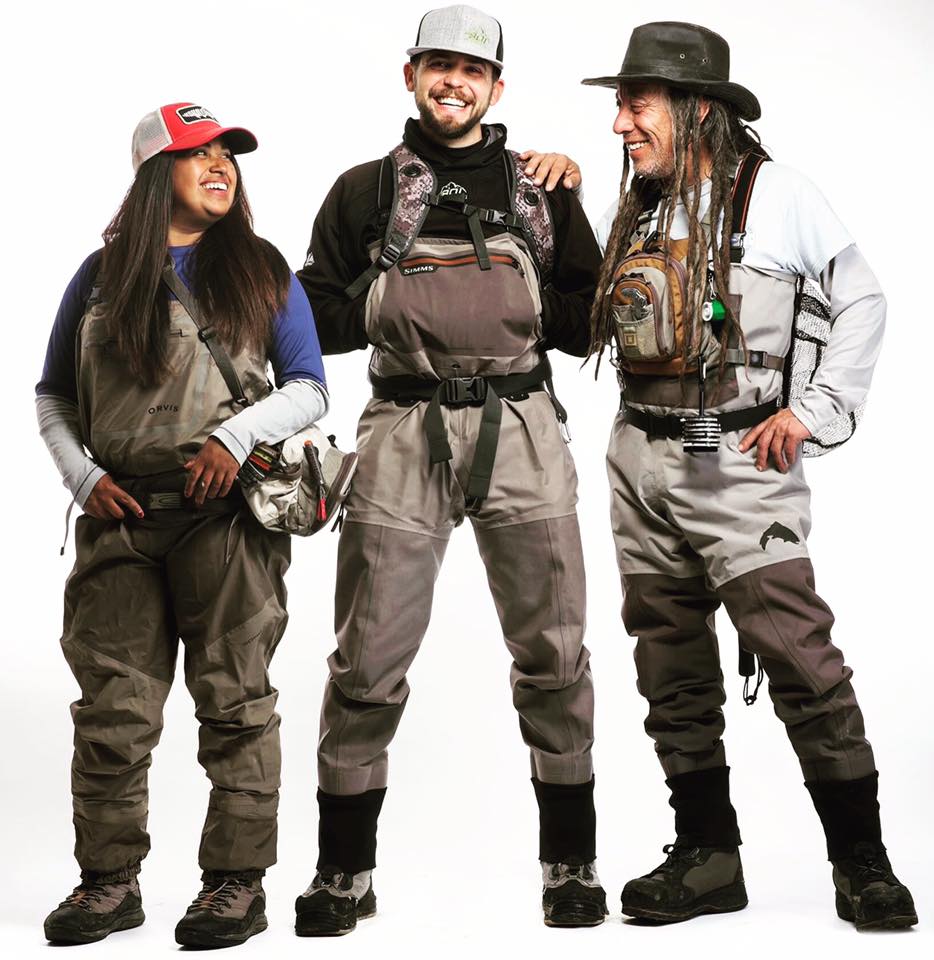 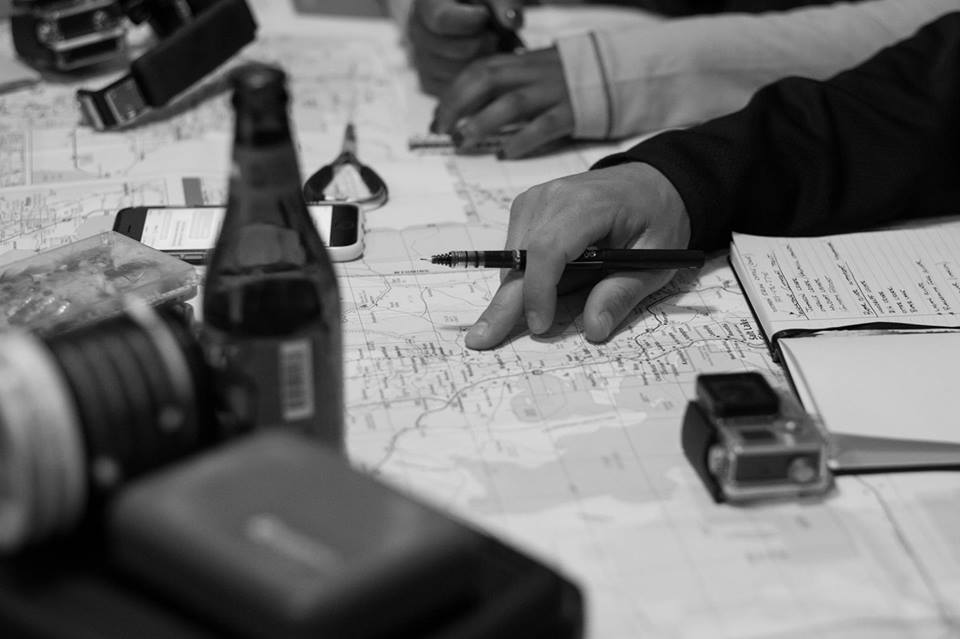 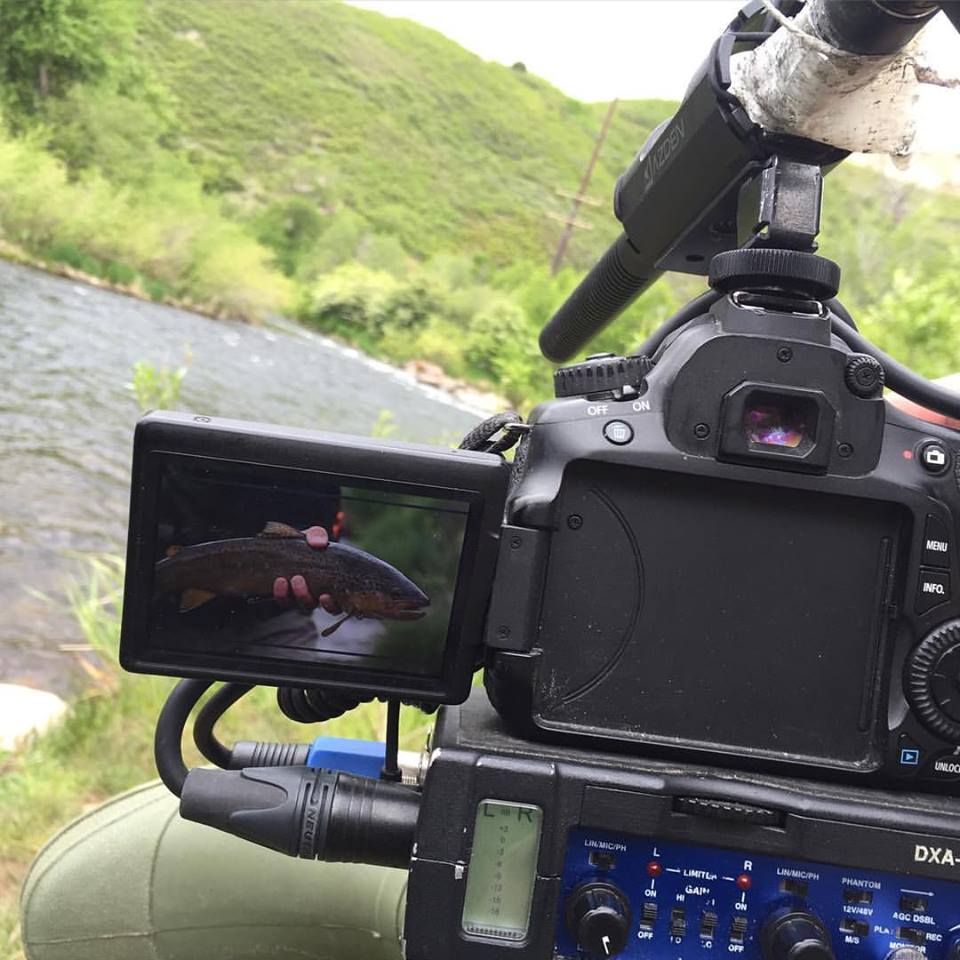 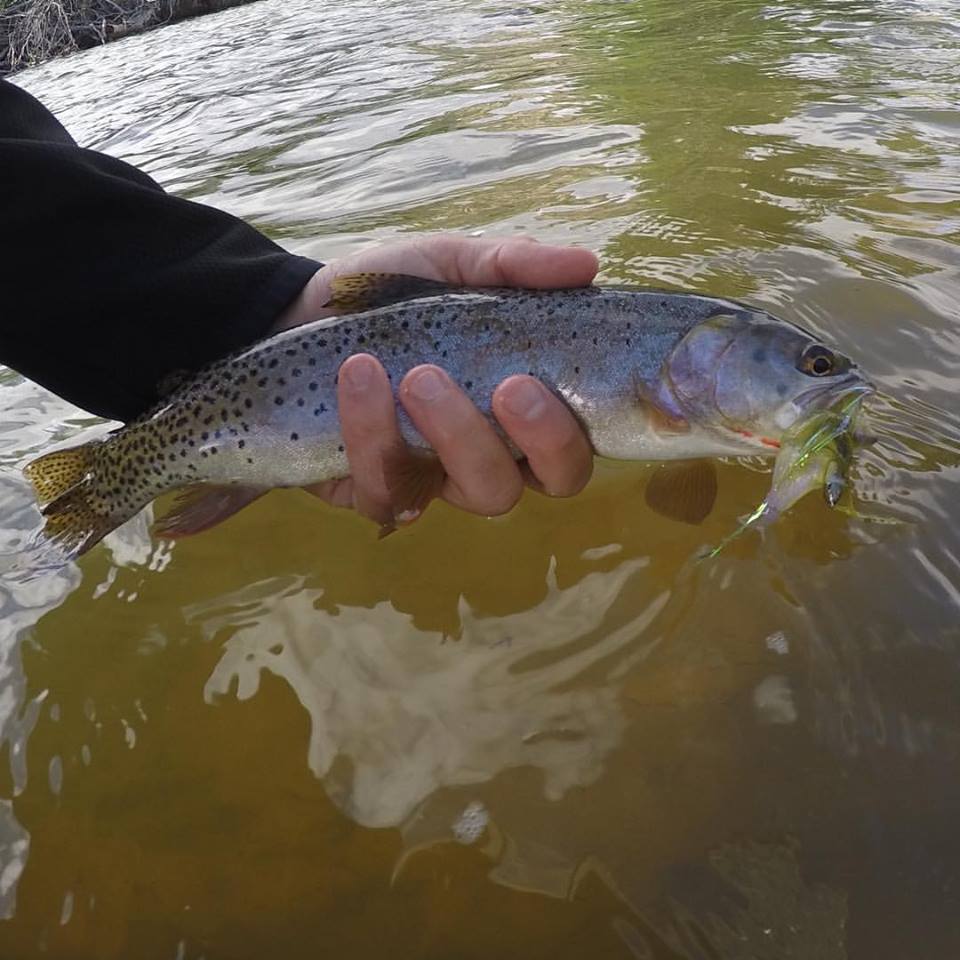 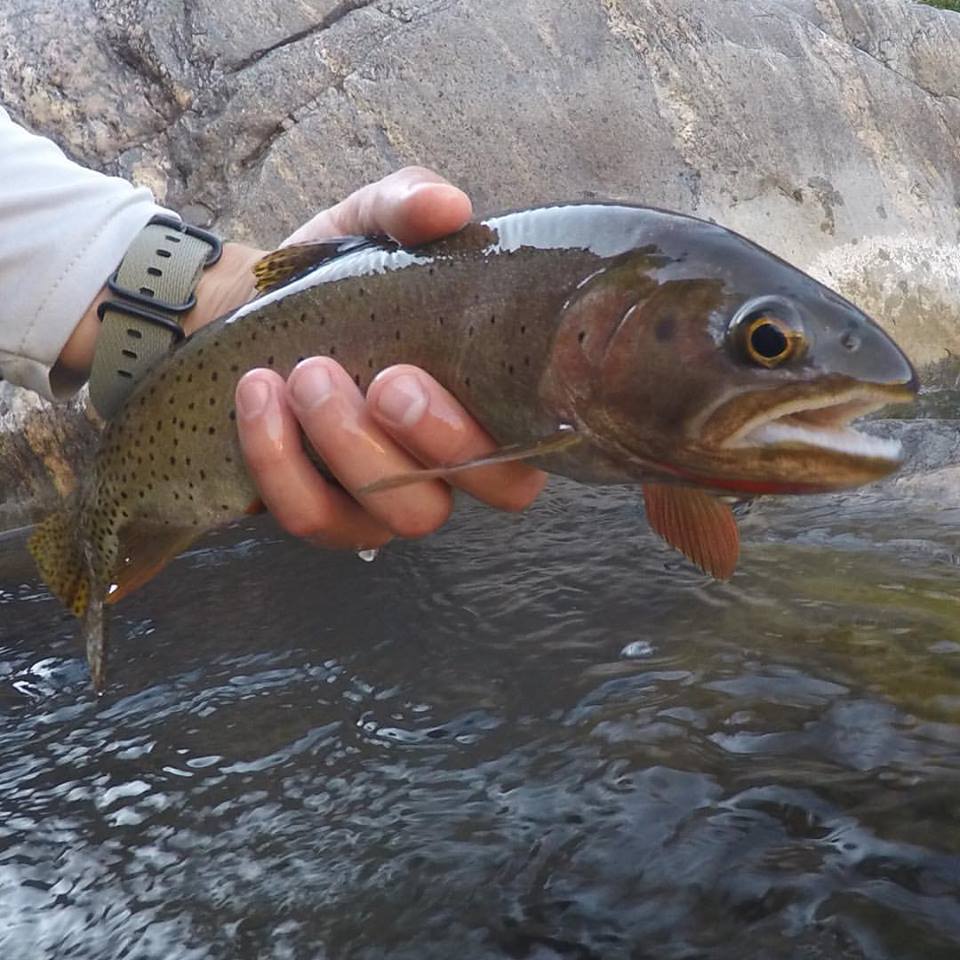 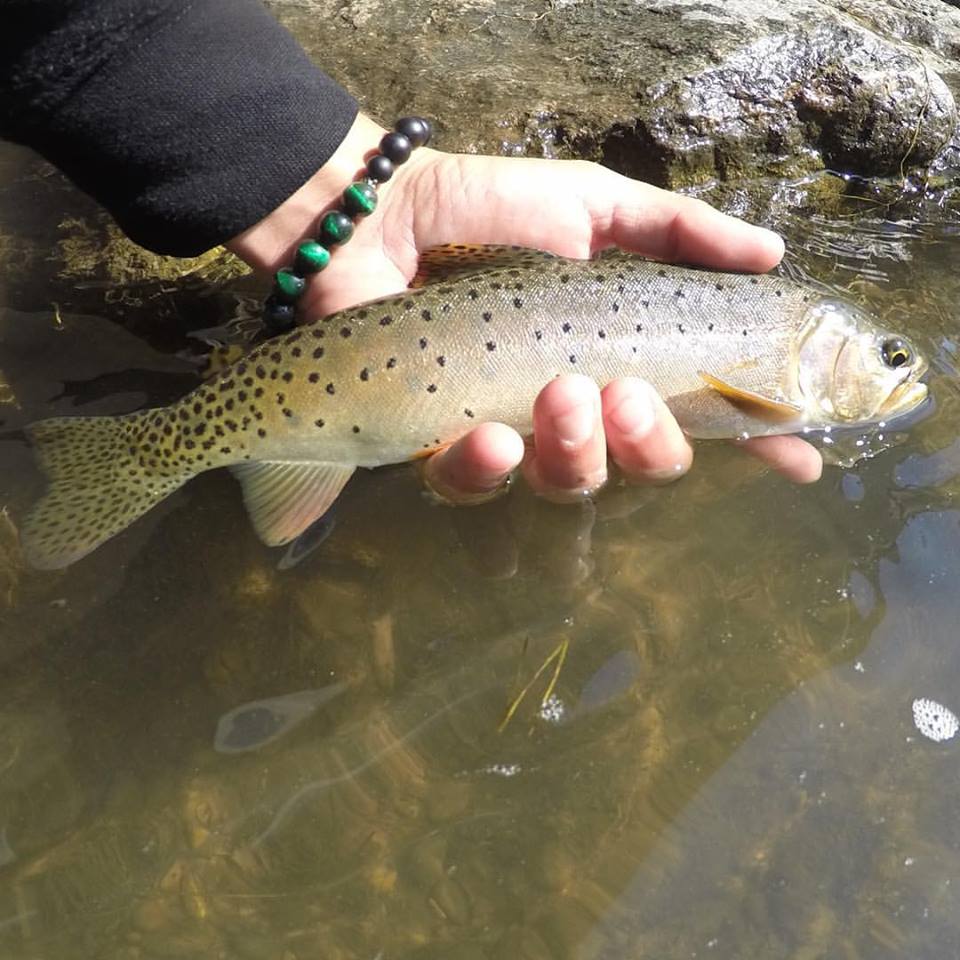 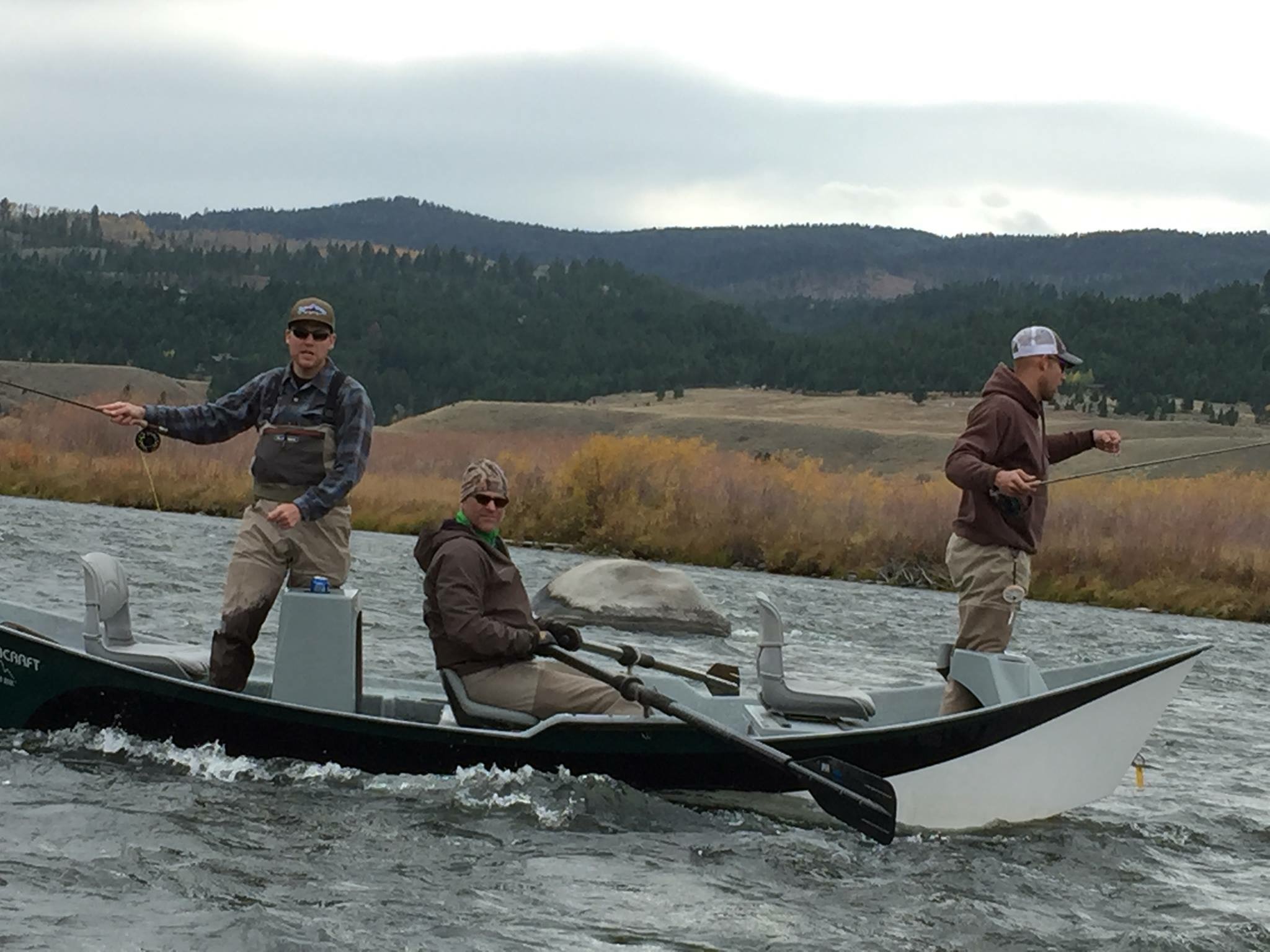