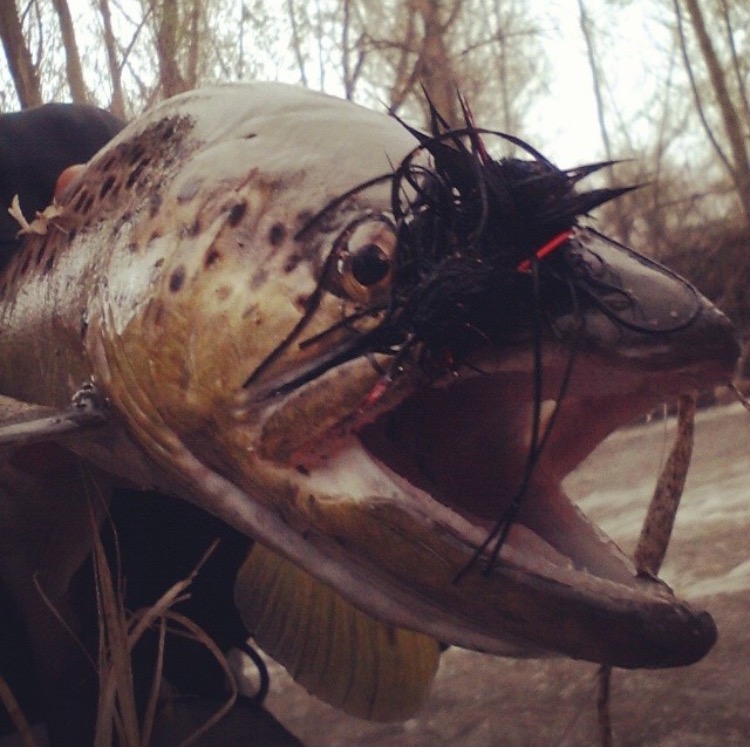 I have a new found love and passion for throwing streamers on the Weber River.  I was introduced to streamers from a good friend and fishing buddy Sage.  He pulled out a fly that was HUGE!  I thought there was no way a fish in this river would or even could hit that big of a fly.  He caught a couple large fish but also fish not much bigger than his articulated fly.  I researched and picked his brain, but the only way I learned and got better was leaving my nymph or dry fly set ups at home so I only had one option; try new colors, patterns, and retrieves to figure it out.  My favorite thing about streamer fishing, as I evolve as a fly fisherman, is that it solved my problem of wanting to see the immediate attack of a lure, similar to what I often fished growing up.  It can be aesthetically pleasing watching the takes but you can also get that sudden “bump” from the depths of a deep run.  Streamer fishing can be very hot and very cold on the Weber River but the challenge and excitement of catching an aggressive 20+inch fish can keep you eager and focused to fish one more cast.  The flows can be unpredictable and different streamers and sinking fly lines can be useful in different colored water.  The flash of a fish missing your streamer can be as exciting as the “roll” of a large fish taking your streamer as soon as it hits the water.  Be careful googling some of my favorite Kelly Galloup patterns that I use on the Weber River:  Sex Dungeons ™, Barely Legals ™ and Silk Kitties ™.